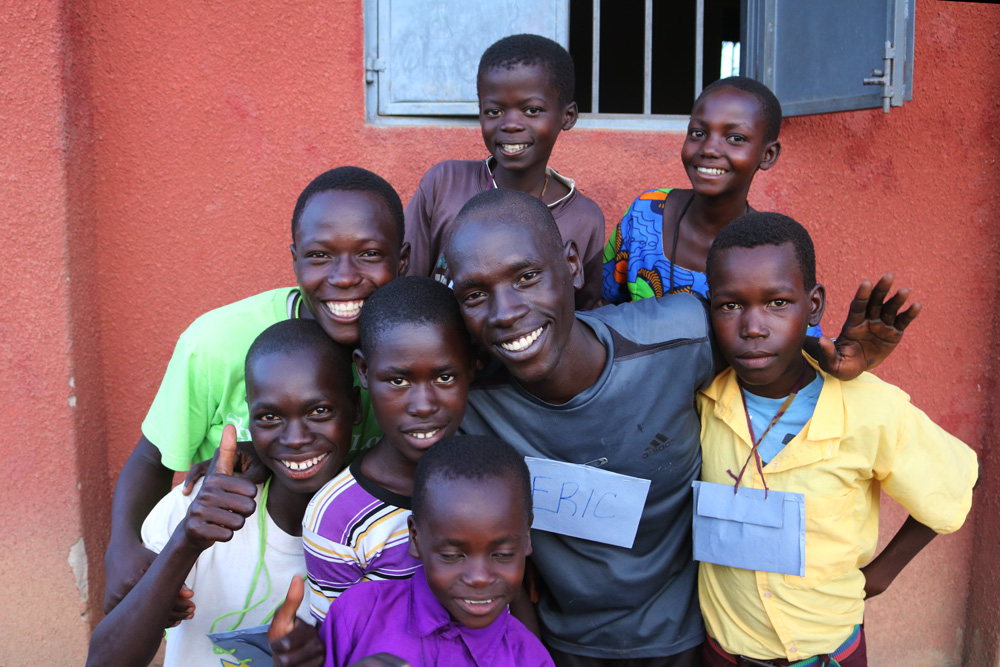 Within minutes of meeting Eric, it’s apparent that he has the joyful freedom of the Gospel in his heart. When meeting the young people in the Bible study Eric volunteers for, it’s apparent that his joy is contagious. With wide eyes and dramatic movements, he captivates the small crowd of children around him as he tells Biblical stories. When the children get up to perform a dance, Eric is standing just off to the side, leading them with infectious energy.

One of the founding organizers of Childero, Cara Starns, calls Eric her ‘rock star volunteer’ because of his commitment to the children. In addition to his role in the community as a school teacher, he inspires all the children in the Koch Co-Rom Church Bible club to use their gifts and talents for good: helping them dance, sing and share in drama and poetry for God’s glory.

We spoke with Eric this summer about his perspective on Childero’s impact in his community. He has been able to see firsthand the transformative power of the Lord’s provision through Childero’s ministry. In his interview, he gives a message of gratefulness and a prayer for continued support. Hear from Eric in the video below, and consider supporting children from his community in 2017! Committing to just $25 provides a single or double orphaned child with provision for their physical and spiritual needs for an entire month.

Darkness to Light: A Message from Volunteer Eric from Childero on Vimeo.